Morning Nuggetiers and welcome to this week’s edition of Fit Pitchin’ Friday. First let me start by saying I had originally thought I’d forgo the fit today and just do a tribute post in memory of those we lost on 9/11 eight years ago and those who continue to give the ultimate sacrifice in defense of our freedom on almost a daily basis now.

That said, let me warn you all that today’s fit isn’t going to be in my usual snarky comedic voice. Sure I’ll still have a few zingers, I hope. But today I’m getting up on my soap box, so consider yourself warned.

Most of us can remember exactly where we were 8 years ago today when the news of the terror attacks in DC, NYC and PA broke. Seared in my memory is the call I made to my then significant other (now The DH). Being a native New Yorker I figured he’d have his same cynical cool and he’d clam me down like he always does. That day, understandably, he wasn’t cool. He’d worked the World Trade Center back in 1993 when the bomb went off in the parking garage. He had friends and family working there this day. As the daughter of a Fire Chief, sister of a cop and daughter of a former ambulance driver I knew that many heroes would be charging into the buildings doing all they could to save others. When those towers came down, I felt like it was my family in there. The sense of extended family you get from growing up around firemen, police officers and military members in very tangible. And though I didn’t loose anyone I personally understood the collective loss and to this day it is still very real and raw.

When looking for material for the original intent of today’s post I stumbled upon a nest of information about a growing infection that claims 9/11 was a conspiracy perpetrated by our government. I’d known a bit about that but wasn’t interested in the wack jobs out there that think everything from the moon landing to the price of cheese is a conspiracy . Stay away from my brie you buzzards and go bug someone who cares, right?

However when I read this statement I was not only ticked off I was gap mouthed and yes believe it or not SPEECHLESS!

“Actor Charlie Sheen has joined a growing army of other highly credible public figures in questioning the official story of 9/11 and calling for a new independent investigation of the attack and the circumstances surrounding it.”…(prisonplanet.com)

Where to start… first there is the whole “what about all the people on the planes who died?” issue. These nut jobs expect us to believe that ALL those families are participating in a lie? It boggles the mind. But these nimrods are holding up Charlie FREAKIN’ Sheen as a “Highly credible public figure”? WHA?! HIGH, yeah maybe but “highly credible” um not unless the topic is prostitutes, sex addition or drunk driving! What the HELL are these people thinking? JEEZZ! Charlie Sheen, really? If this guy is your new national spokes person for the cause well then you might as well call up this guy too 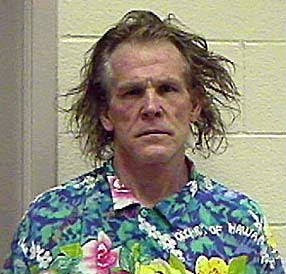 Why don’t we just do this gang.. how about we figure out why nearly 7000 military families receive food stamps while their mother or father puts his or her life on the line to defend the freedom of these nut jobs to suggest that 9/11 was a hoax? It belittles the sacrifice of 343 firefighters and paramedics, 60 police officers and port authority officers who died in the collapse of the twin towers and the 4343 Americans who have died in Iraq to date.

I know it wasn’t a funny fit but it needed to be pitched. Hug your family today, thank a cop, fireman or military spouse who has been left alone while their partner fights on.