To celebrate my victory over the evil that lurks in the heart of the first day of the week, I thought I’d just go full-on screaming teenager and share the SUPER-COOL-COOLNESS-OF-COOL that I got to gaze down upon – from the nosebleed section – at FedEx Field last week.

U2 STILL ROCKS! Don’t believe it? Who else can erect this monstrosity in one day? That other guy might need seven days, but not the boys from Dublin. 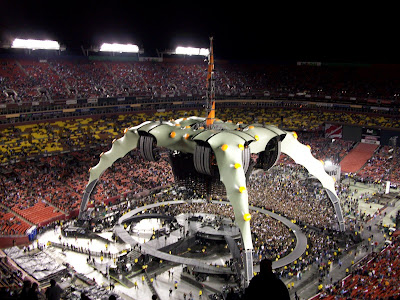 Okay, maybe it wasn’t as impressive as an entire universe, but it certainly read as, out-of-this-world.

Then there is the gracefully aging Mr. Mullen (and by that I mean, still sexy after all these years.)  Though this picture doesn’t do him justice, Larry Mullen Jr is settling well into his latter years. Swoon 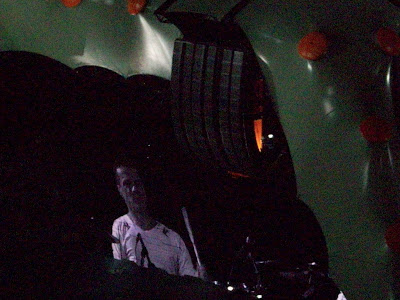 For his part Bono can still strike a pose reminiscent of The Joshua Tree, days of yore. Is it just me or is this SOOOO With or Without You? 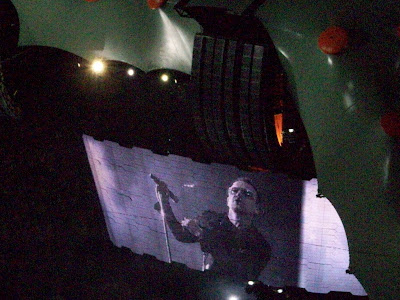 I suspect he’s got a few more years of rock left in him. If Mr. Geriatric Jiggles – Mick Jagger – is any indication, Bono has hope. Maybe there is something to be said for the rock and/or roll lifestyle, eh Music Savvy Mom?

Adding to the thrill of my fifth U2 show was the fact that I teenaged son tagged along for his first. I figured it was an even trade for my having to drag my old butt to Fallout Boy (don’t tell but, they were a-freaking-mazing and I loved it, ssshhhh I have to play stick in the mud mommy). My hope is that he’ll treasure this moment as much as I will. 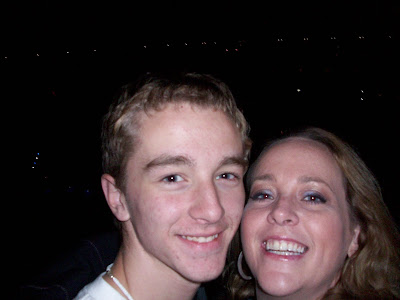 There is something about standing in a crowd of thousands and singing the lyrics to your favorite songs with your kid who knows them all, that is just priceless. 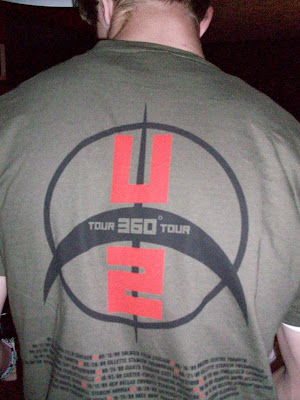 The forty dollar t-shirt was NOT!