I’ve found that you really can meet some interesting folk out here in the ether of the webverse. The next couple of posts are inspired by my obsessions with.. you guessed it, Twitter and blogging BUT I’m tossing in a cinematic reference here too. Can you tell me what it is? I’ve got some lovely gifts for the first one to get the common threads between the title of this post and the next three guests of honor (leave comments on ALL 3 posts to be entered to win, whatever it is I end up giving away). For now however, I now give you over to the loquacious stylings of today’s manly MANuary man of the day. (FYI my 2 cents can be found in the fine blue print)
So Lara got in touch recently and told me about the MANuary concept. A platform by which to air the manly views of many a manly man…. a splendid idea I thought as a brief break from the world of ‘mummy bloggers’. Although I do have fears about what the subsequent months hold FABruary? (um, yes I’ve pilfered this one already. Next month will indeed be FABruary and you all have HIM to thank for that!) go APEril? Augustofwind? (<—This could get “interesting”)
Anyway, I’m Kieran – good day to you. As you may have noticed from my use of the term ‘mummy’ I’m not from your shores (I’m assuming I don’t share the same time zone with most of you). Rather than suggesting that there is a rabble of bandaged ancient Egyptian skinny assed zombies occupying the blogosphere I was merely giving it its UK spelling (although judging by frequency that Lara appears at the break of dawn for her 1st twitter hit of the day I don’t think i’d be too far off with the Egyptian sense of the mummy term),
I used the UK spelling….for I…. am a Scot
I suspect that has brought many images flooding to mind. Normally they entail some combination of Groundskeeper Willy playing golf with Mel Gibson’s Braveheart whilst their caddies who are none other than Scottie (taking a break from beaming folk up… and being American) and Sean Connery, are swilling Whisky and discussing how Ewan McGregor swings a light sabre like a nancy boy.
We can wait for the stereo types to play through……
I did a quick Google image search for “Scottish” – admittedly it was on Pg.5 but I love the fact that this came up. Go on admit it – did this image come flooding to mind? (I’m the one on the left) 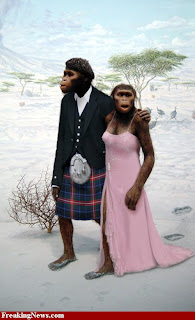 I’m not casting aspersions that stereotypes may immediately come to mind. I’m a big fan of stereotypes, the more I travel the more they seem to come true. I won’t lie to you, I own a kilt, I have a beard, and I have hair that in certain light looks ginger (do you guys call your red heads ginger? I’m not quite aggressively ginger like my father ‘old fanta pants’, I’m one of the ‘day walkers’ that’s only got a smattering of ginger but can still go out in daylight)We prefer Carrot Top to Ginger, but The Weasley Family has us familiar with the term.
Right, further distractions aside. Like I said I’m Kieran. I’m a product designer who’s currently trying to squeeze as much out of his last year in his 20s as possible as official middle agedness beckons. When is it middle age starts? I’m presuming I just made lots of folk spit at their computer by suggesting that 30 is middle aged. Either way I definitely don’t feel grown up enough to be 30 in 11 months. I’m putting together the ‘things to do before you’re 30 list’ at present and I’m open to suggestions (bearing in mind I have a budget that won’t stretch to buying a set of golden golf clubs and going for a round with Kim Jong Il on the moon).
I’m from Glasgow in the UK, apparently the name means ‘dear green place’ but the recent cold snap had it looking like something out of the ‘Day after tomorrow’ – the pictures were incredible…and real, it wasn’t Jake Gyllenhaal photoshopping.(yeah you lost us a Gyllenhaal, we just can’t quit him)

We’re not far from the toytown of Edinburgh (can you detect the local rivalry). We’re its harder bigger brother with much cooler new toys. It’s a good place to be a designer – we’ve got a good pedigree for design and innovation. Scots (not the Scotch – whilst we may on occasion smell like it we are not a beverage Nor are they tape, but that’s a sticky subject. da dum dump Thanks I’ll be here all week. Don’t forget to tip your waiter) have got history when it comes to new inventions, we’re responsible for a couple of doozers (we won’t mention that on this side of the pond THIS

is a DOOZER. Maybe they aren’t hip to goings on down at Fraggle Rock over there)  including the TV and Telephone as well as a good few others… ultrasound, pneumatic tyre (must be some kilt accessory huh?), steam engine, pedal bike, radar, hypnotism, fax machine, MRI scanner, I’ll stop going on… although apparently we invented the concentration camp???? Wtf!! Wikipedia throws up a good few surprises from time to time, I think I’ll choose to believe the good bits and ignore any mentions of camps (guess that means we won’t hear about.. this one time, at band camp).
I’m trying my hardest to maintain the Scottish legacy (not new innovations in concentration camps) but in design and innovation. I’ve designed a funky new beast that takes your hydration down a whole new avenue. It’s bottle insulator and it’s called Quiver.
The Quiver Aeropoint.50 is an insulating sleeve. You can throw in our RO.50 reusable bottle (that may look a little like Darth Vader’s rude bits) or your own 20oz bottle of water or soda. We’re aiming to launch it here www.quiverstore.com in March.
Ok, gratuitous plug over…. sorry but it had to be done.
This world of blogging and twittering didn’t come naturally to me. I’m generally a chap that doesn’t feel the need to chat for the sake of chatting. But we’re working at launching a new product and there are few things more valuable to a designer than feedback. All this twittering and blogging is a great way of reaching out and touching people (in a nice way – get your collective mind’s out of the gutter). It’s how we started talking to Lara and hopefully it’s how we can start chatting to some of you.
If you like what we’re doing or you think it’s on a par with the invention of the chocolate teapot, or even if you just want some more Scottishness thrown at you get in touch. Get tweety @kieran_mccrorie or bloggy on our asses.
Right, I feel I’ve wittered on enough, I’d better let you get back to your normal lives (doesn’t know us very well, does he?) . Thanks for having me.
Toodle pip <— I don’t know if that’s “See ya later”, some sort of meal served within the boiled belly of a farm animal or a suggestion as to where we might “put it” but it sounds so Brit I get all “quiver-y”. I’m sort of an Anglophile (hey look it up before you go there okay) as long as we’re talking Scots.
Kieran

Quiver AeroPoint.50 from Quiver on Vimeo.