If you’ve been around for a while you should know by my incessant whining that I cohabitate with 4 kids, 2 cats, 1 hottie hubby and 1 useless reptile. Being the glutton for punishment that I am, I’ve been harboring the desire to obtain a family member of the canine persuasion.

Today the ante on that longing was upped when I went to a business meeting with a tre chic company (shout out to Sisarina) that had a pooch as the office mascot. What I’m not cool like that? Huh? I SO am!
The problem is the rest of the cast here at Survivor: The DiPaola Island. I can’t get my tween to brush her own hair*. Thing 3 and Thing 4 have taken to playing toddler throw down every time they come within 2 feet of each other. Gotta give kudos to #4.  If the way she slaps her big bro around is any indication, this girl is headed for glory in the octagon! And don’t even get me started on the state of things in #1’s TeenBoy Cave. Then there are Lay and Zee the wonder cats, weighing in at a combined 35 pounds with zero use and more attitude than any two humans in this house combined. I think they might be offended by the encroachment of a dog on their sofa. The reptile would be chill, after all he’s cold.. blooded that is**.
The biggest roadblock here is The DH. For some reason he holds the position that it’s “too much” on ME to have to take care of a dog too. His rationale is that I should wait until the little ones are bigger and it will be easier on me. Um WHAT?! Ya know what would be easier on me? If any of you people washed a dish, fixed a meal or picked up a sock.. THAT would make things easier on me.
It seems that running a household, potty training four kids (and 2 cats), building a business and being one heck of an amazing  date doesn’t qualify me for dog ownership. I suspect it’s has something to do with his mother. I bet she told him dogs give you gout or something like that. After all this is the woman who told us we’d have to get rid of the cats because they’d smother the kids. Doesn’t she know it’s little trolls that steal their breath? Geesh! 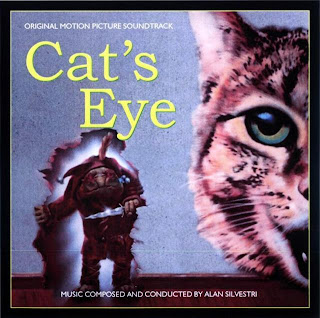 So for now I’m stuck without a dog.. at least until the kids leave for college and The DH can’t stand me alternating between smuggling him and bouts of hysteria at my empty nest. Until then, Tabucky***, I guess I’m the only bitch in this joint.
*The DH says that will change when she gets interested in boys, let’s just hope that comes before the dreadlocks set up real good.
**BaDaDumpBump… thank you, I’ll be here all week. Don’t forget to tip your waiter.
*** The name of the female Boxer I’ll one day call my own.

8 thoughts on “Fit Pitchin’ Friday.. Where Oh Where has my Little Dog Gone?”