What is it about lighthouses that sparks such fascination? A romanticized notion of the lonely keeper of the flame. Perhaps it has something to do with a mix of quite heroism and tales of the sea. Then again it could just be all about the view.  I’ve set out on a quest to visit the lighthouses of Maryland to try and answer that question.

Up first is a unique lighthouse with some hidden treasure you won’t find anywhere else.

Do you imagine a lighthouse as a towering presence standing watch at the water’s edge? Me too. In fact I’d always sort of thought there was a height requirement. Which when I stop to think about it makes no sense. As long as the view is unbroken, the job gets done.

The Piney Point lighthouse isn’t even the largest structure within the historic park in which it resides. It sands only thirty-three feet high.

“…and though she be but little she is fierce.” ~Hermina

Opened in 1836 the lighthouse stands watch over the Potomac River. In the course of its service (it was decommissioned in 1964 by the US Coastguard) the lighthouse and its adjacent quarters were occupied by twenty-one Keepers and their families. Four of those keepers were women.

Some of these women were spouses, trained in their husband’s profession out of necessity. Lighthouses tend to be placed in remote areas where assistance was often hours away. Wives served as backup keepers. Following a ship wreck, Mrs. Goeshy (wife of one of William Goeshy – Keeper in 1939) swam repeatedly out into the water to rescue victims. She may have actually been one of the Coast Guard’s first, famed rescue swimmers.

Who knew lighthouse keeping was a beacon for feminism? I sure didn’t.

I’d also no clue that there was a German U Boat sunk in the waters just off the coast from where the lighthouse sits century. That’s one of the amazing facts that had our entire family’s rapt attention when we toured the Piney Point Lighthouse, Museum and Historic Park with historian and former Park Ranger, April Havens.

One could say that U-1105, or the Black Panther, was one of the first-ever stealth submarines. Commissioned 1944 she was outfitted with a synthetic rubber skin over her hull. One of less than ten in her class U-1105 was turned over to the Allies after the war. The intention was to bring the Black Panther to the United States in order to study the unique radar/sonar blinding technology.  Ah, but the sea had plans of its own.

On day four of U-1105’s journey from England to the States, she was caught in a hurricane while surfaced. A section of the submarine was ripped away by the force of the storm causing it to near keel over. A portion of the synthetic skin lost to the sea. After what research that could be done was completed the sub was scuttled in the Potomac River in St. Mary’s County Maryland in 1949.

The Black Panther sunk 91 feet in 20 seconds on that day. The boat was quite literally lost, for decades. In June of 1985 divers rediscovered the wreckage. Today U-1150 stands as Maryland’s first historic shipwreck preserve.

These enthralling tales are just two of the many we learned from during our visit to the Piney Point Lighthouse.

Start at the Museum – There is surprisingly a lot of ground to cover here in the way of things to see and learn about. The main museum is self-guided with lots of vignettes to read through in a small space. They score bonus family travel points for having a small Kiddie Corner with activities for the littlest kiddos.

Ask Questions – When you head out to the marine portion of the museum you’ll have a guide. These guides are experts with a passion for the history of Piney Point. Asking them questions makes the visit all the more an EDventure. Be sure to ask about the torpedoes!

Bring a Picnic – The museum sits on a coveted water-front. All that gorgeous beach you pass on the way in with cute decor and colorful beach chairs is private property. Can’t stop for a snack there, but there are a dock, picnic tables and a small stretch of sandy beach at the museum.

Great for Kayaks – There is a public peer to launch your kayak from for free. The parking is free as well. The launch closes at sunset but if you let the staff know what your plans are they can make arraignments.

Hit the Gift Shop – Not only are there cute, crafty and even beautiful treasures to be found in the shop but spending your money here helps support the preservation efforts. 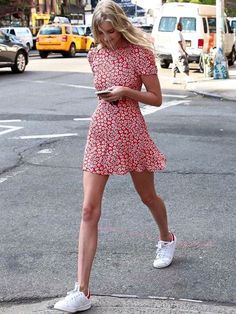